For this workshop, we want to set up a 3D Slicer EC2 AWS cloud instance that can be scaled based on hardware needs and can be used for deep learning.

The necessary steps are documented here.

An AWS CloudFormation template was designed to install

A mechanism how to share result data between a working group will be discussed, with the option to install a 3dviewer.net server instance or use a S3 bucket.

The speed of general system setup, up- and downscaling as well as running costs will be evaluated. 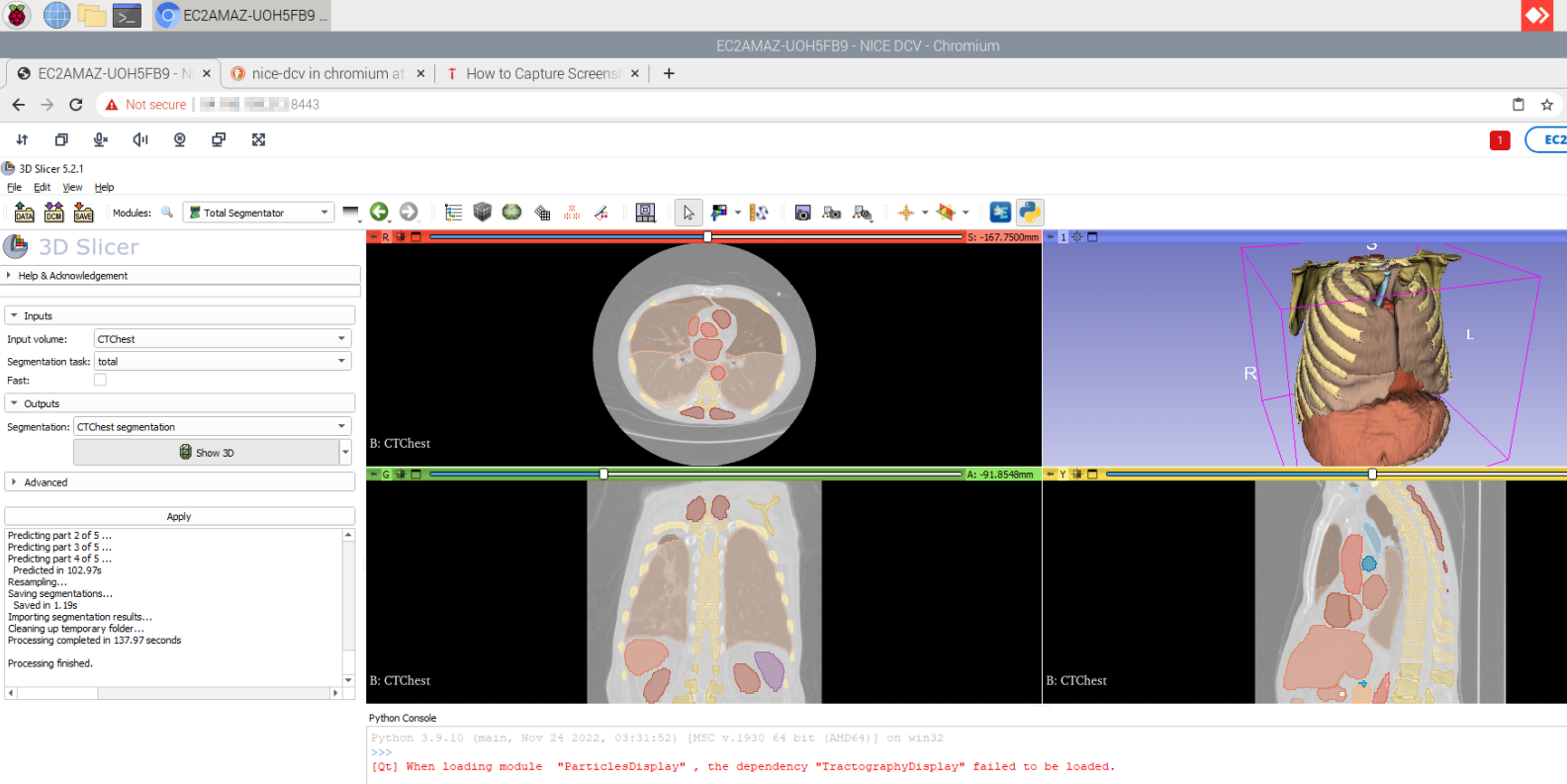