We aiming at developing an affordable ultrasound navigation system for breast biopsy training, following the philosophy of the systems for vascular insertion presented in previous Project Weeks. The system comprises the construction of the breast phantom —including the tumor—, the position tracking of medical instruments —ultrasound probe and biopsy needle—, and the calculation of basic metrics to evaluate the efficiency in training exercise performance. 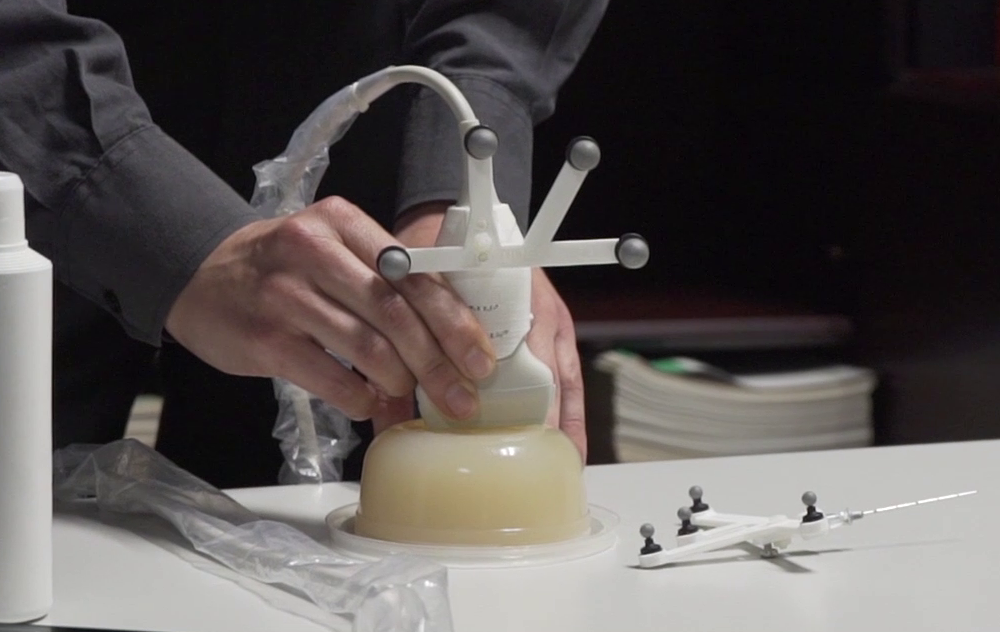 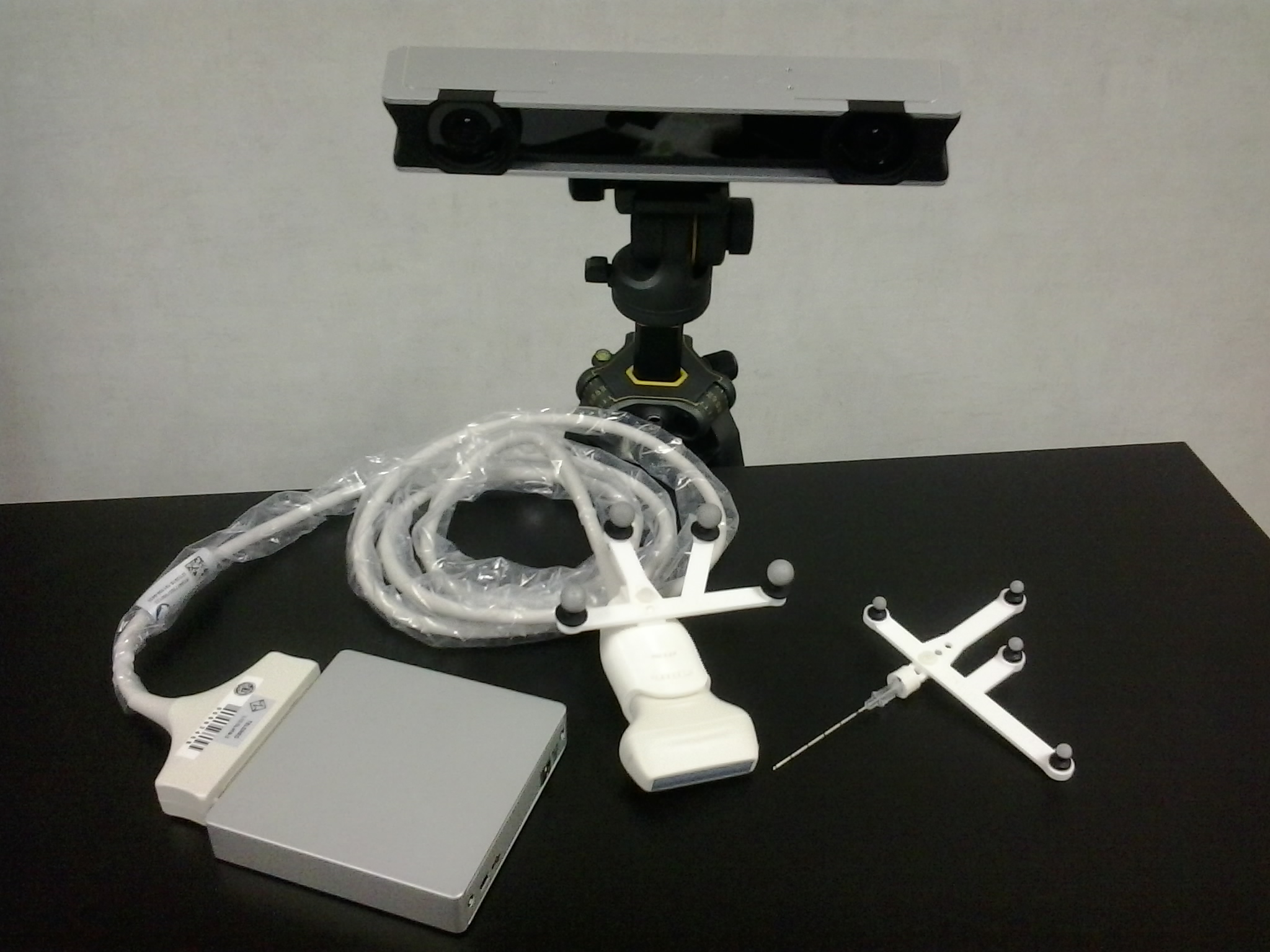 US Nav system. Test of position-tracking of tools and phantom ecogenicity. 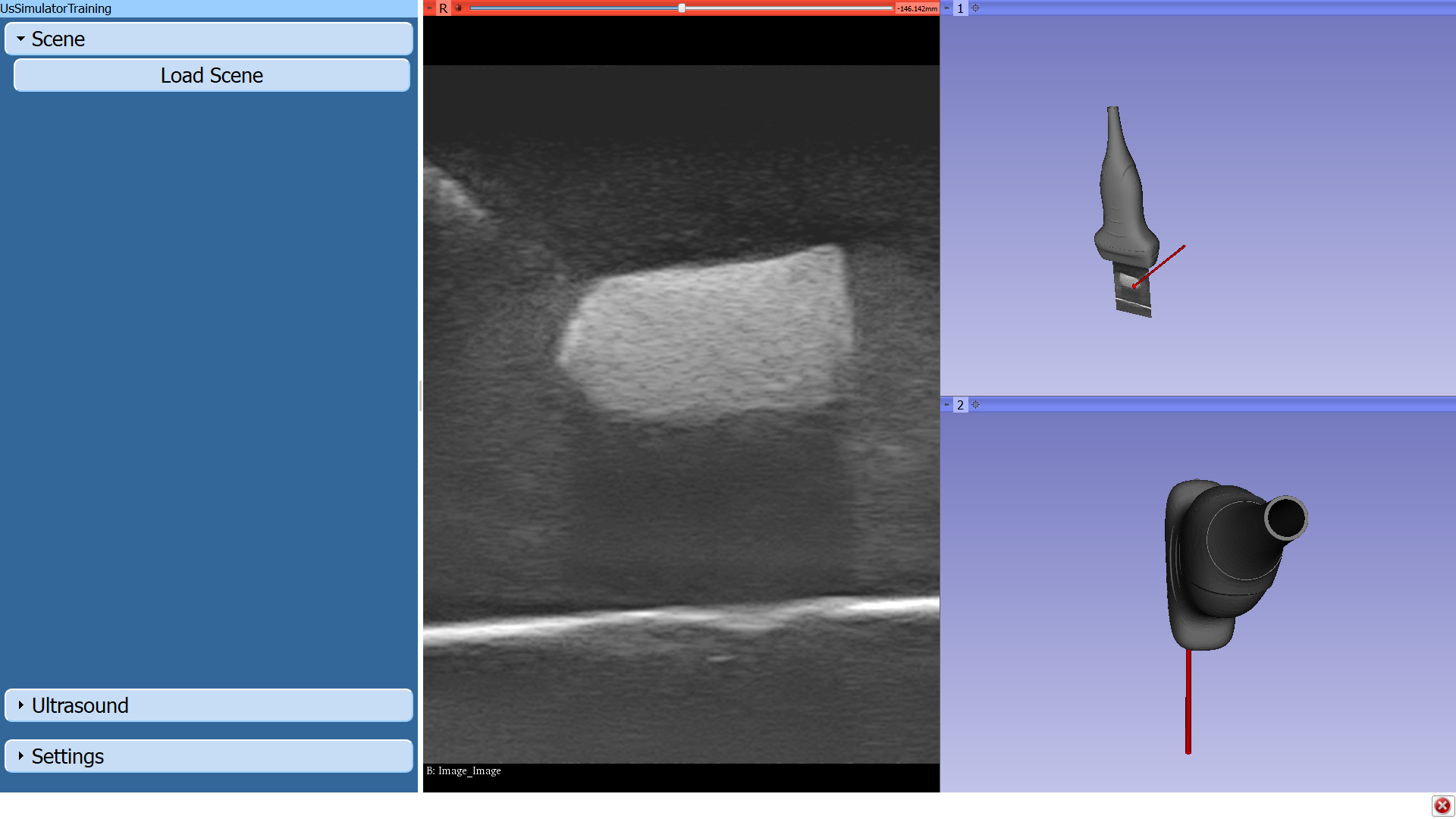 Detail of the user interface.