SlicerVR is a nice tool for visualization of medical 3D data. It can be used in preoperative planning, surgical training and others. However, understanding how to interact with the images and models or getting used to move around the Slicer scene using the VR controllers can be difficult at the beginning. Therefore, a first steps tutorial could be useful for new users.

The goal of this project is to develop a SlicerVR tutorial module to learn the basic actions needed to interact with objects and move around the 3D scene.

The tutorial includes a first task where users learn how to use the controllers to fly. The task consists on reaching a target (yellow cylinder shown in the scene). 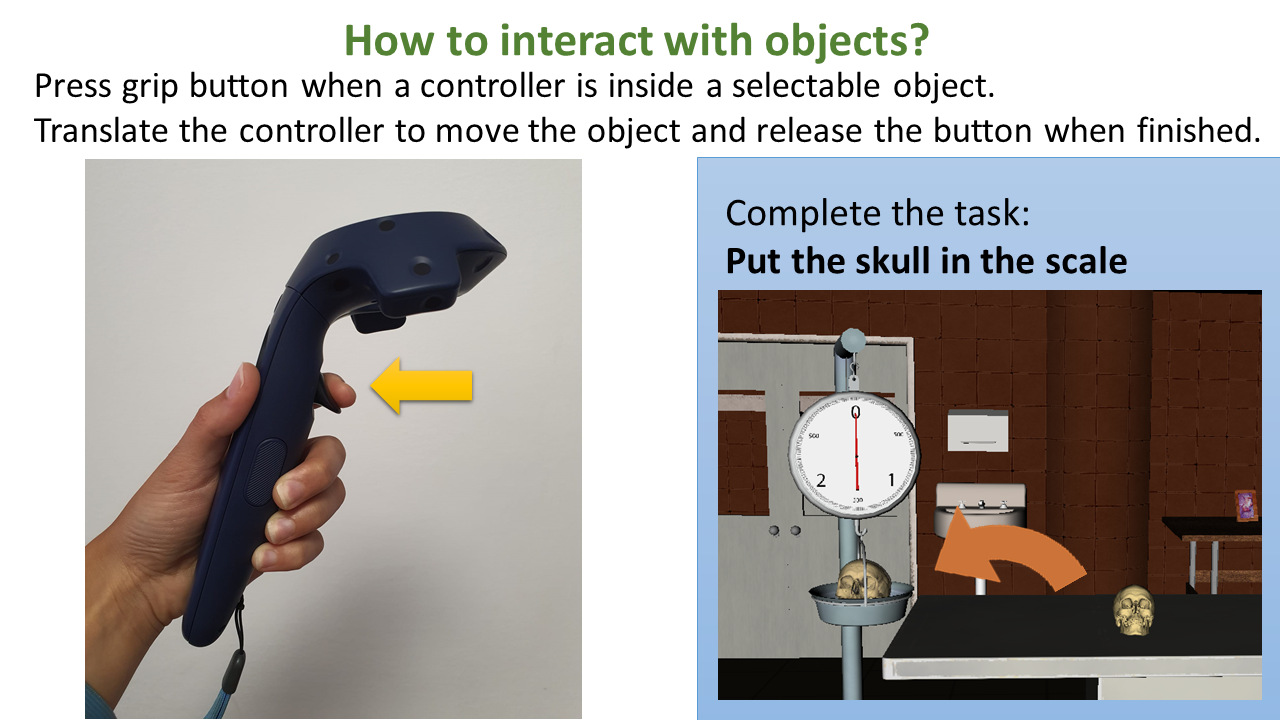 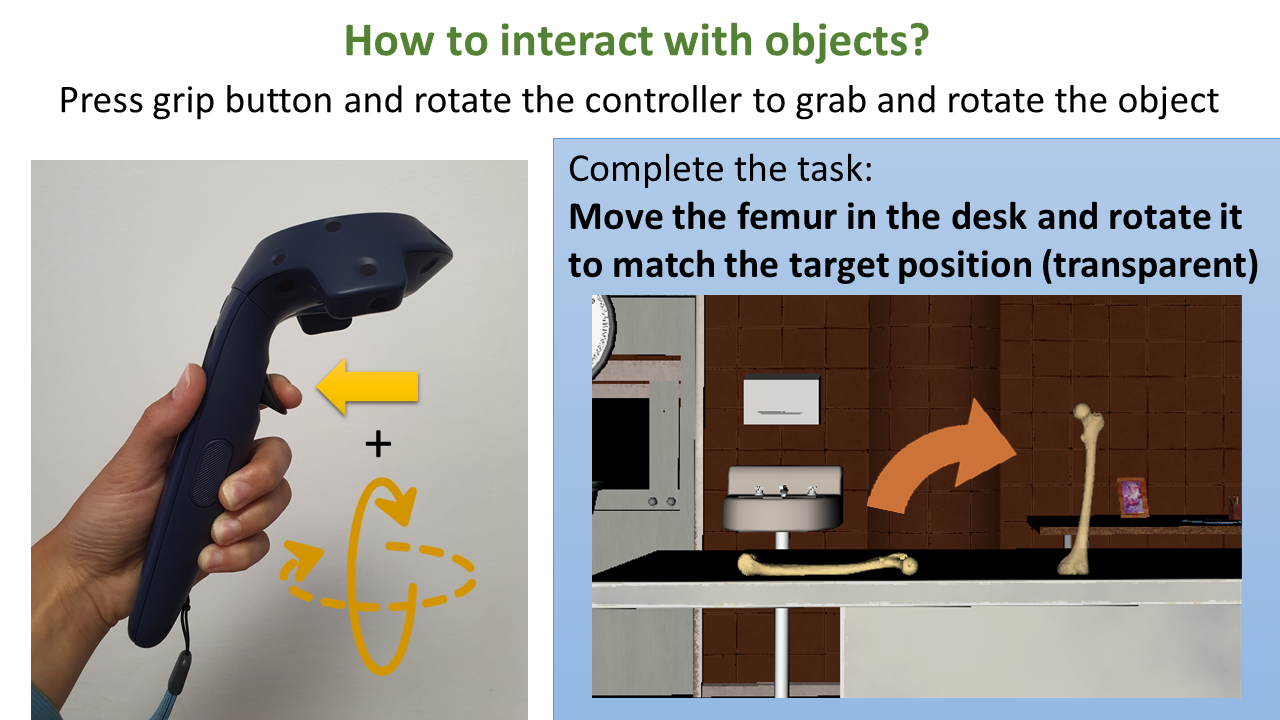