This project is aimed to provide an updated overview of existing techniques of using 3D Slicer over an internet connection.

After running a simple scrapper through the forum and collecting all articles that mention keywords such as “web”, “cloud”, “internet” and “remote” a list of 170 articles was filtered based on the criteria of being related to some sort of remote usage of Slicer and not simply mentioning “the cloud” in some context.

The chosen 170 articles were filtered based on relevance to cloud or other remote web-based environments. The resulting 63 forum posts were scanned for external links and their click count.

After analyzing the content and grouping the links tha data leads us to the 4 main approaches:

To test different approaches a repository with docker-compose configuration files was created. It links to the projects mentioned above and makes launching sample containers as simple as running a single docker-compose up command. 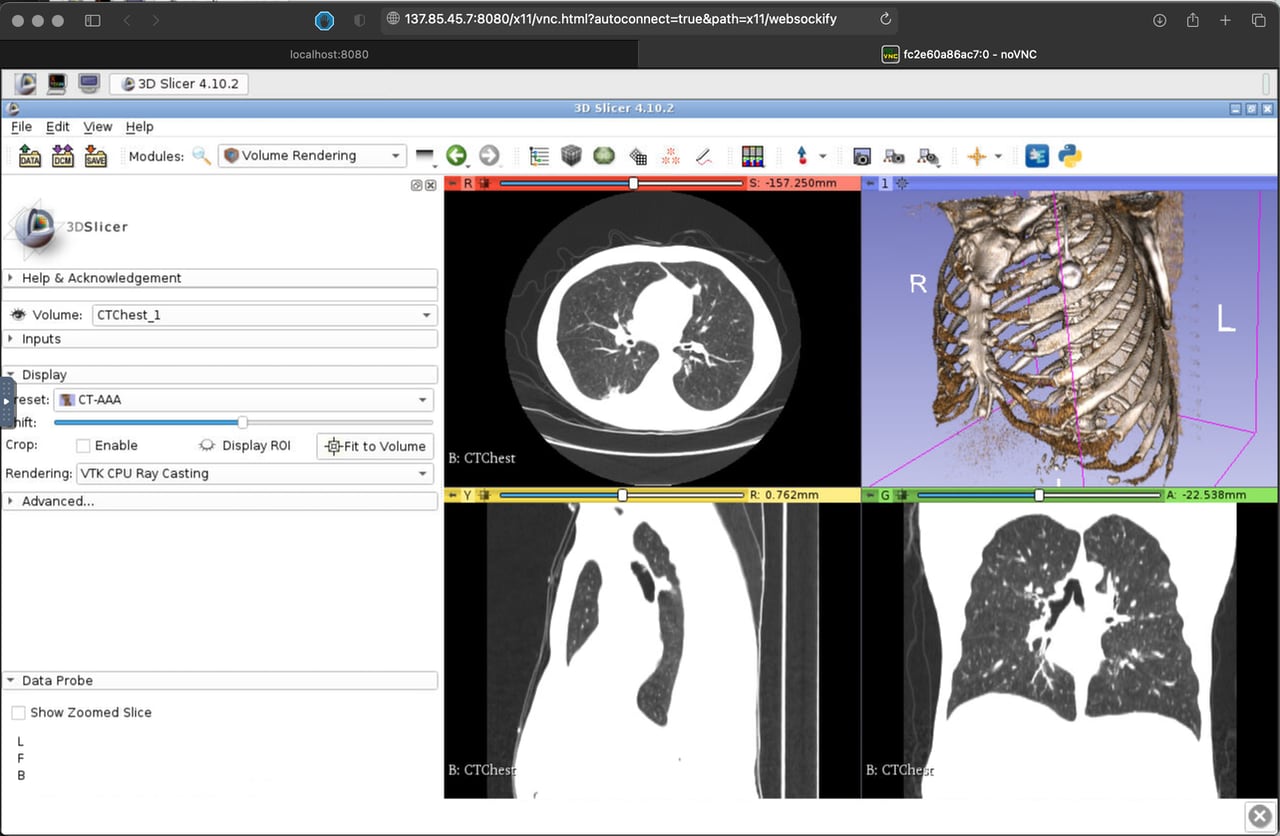 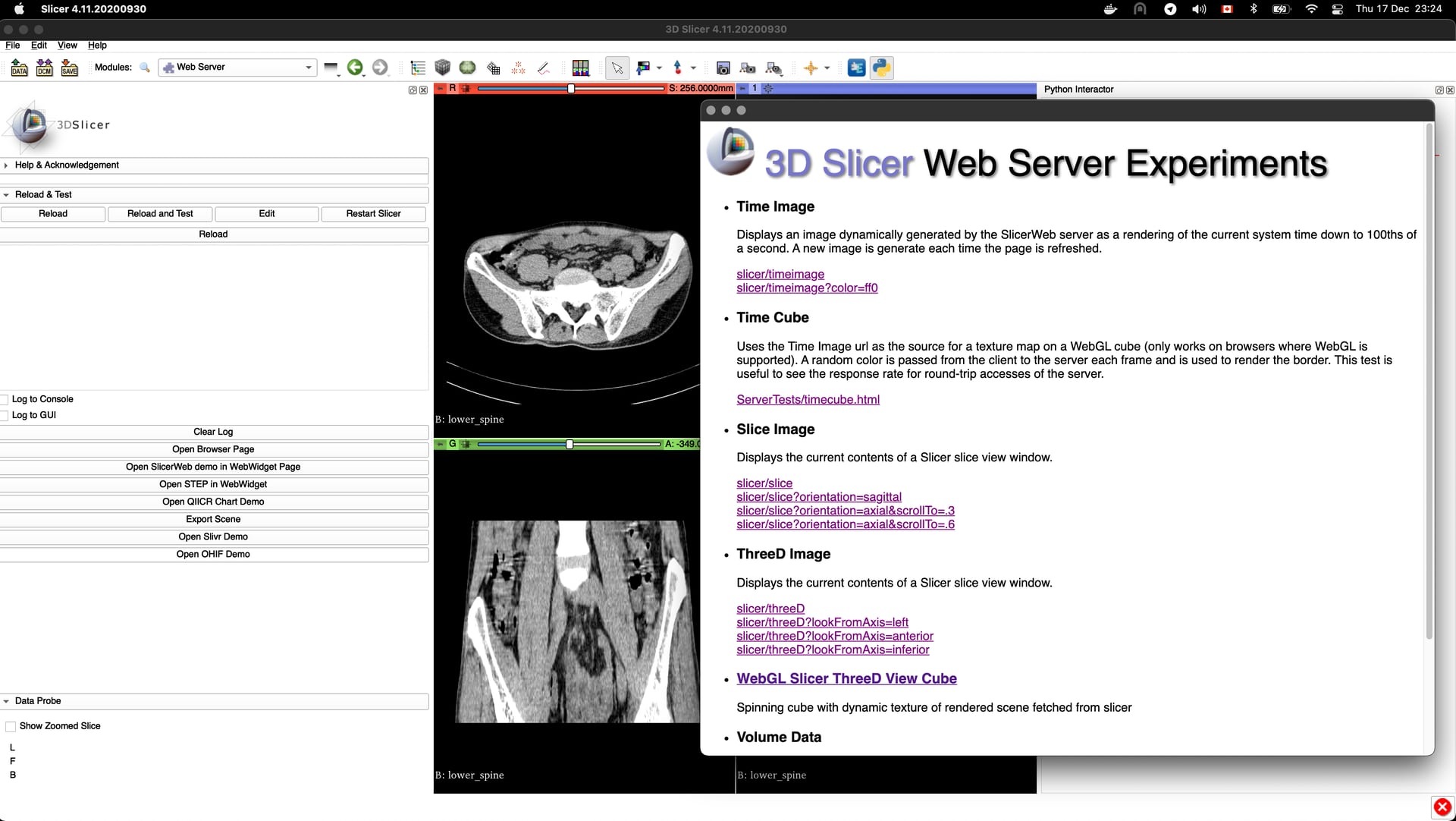 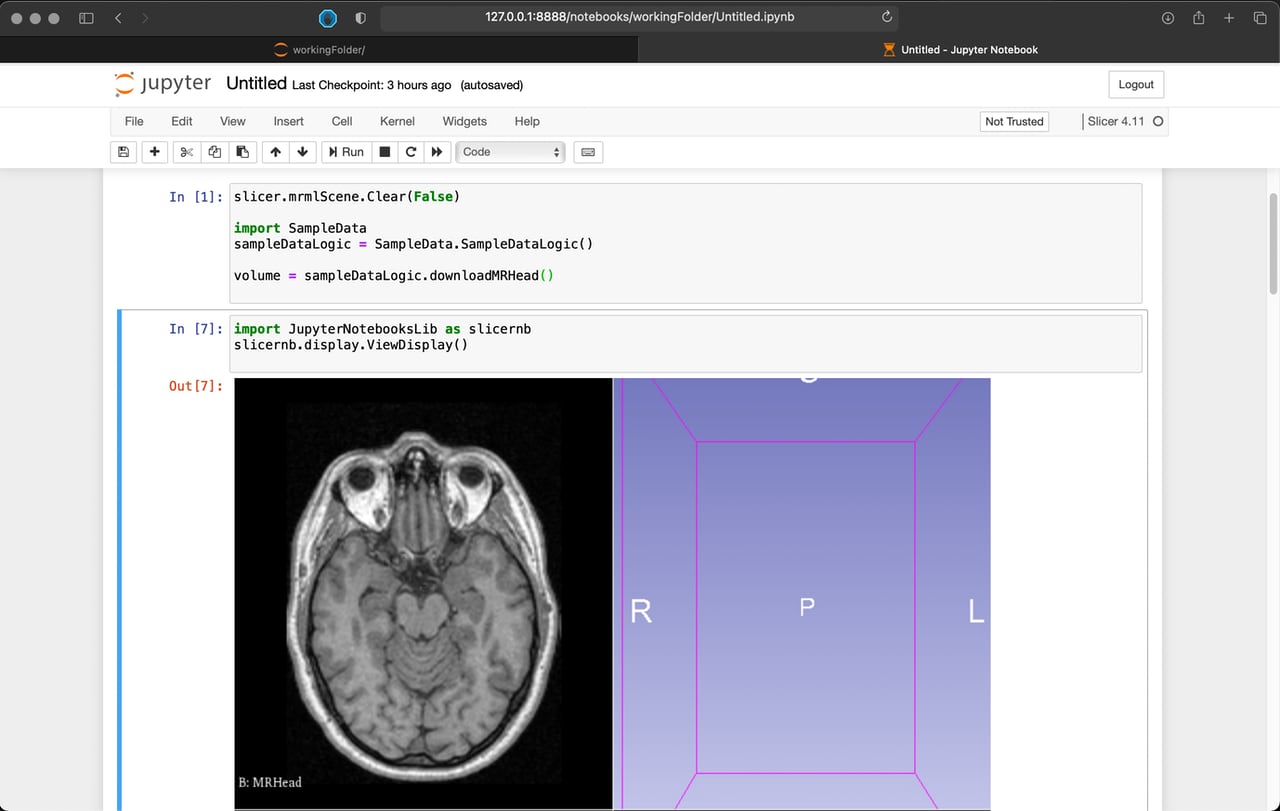