We held discussions and refined our hypothesis of which white matter tracts to focus on in our study.

Next steps are to run correlations on data from ~20 people with schizophrenia and matched controls. 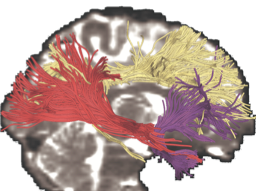