Improve usability of Slicer from Python

Python is getting the most widely used platform for medical image computing. It is important to make it easy to use and extend Slicer using Python.

Jupyter notebook is an interactive shell for executing scripts and viewing execution results. During last project week in Gran Canaria, we have implemented SlicerJupyter extension, which allows creating Jupyter notebooks that use Slicer. 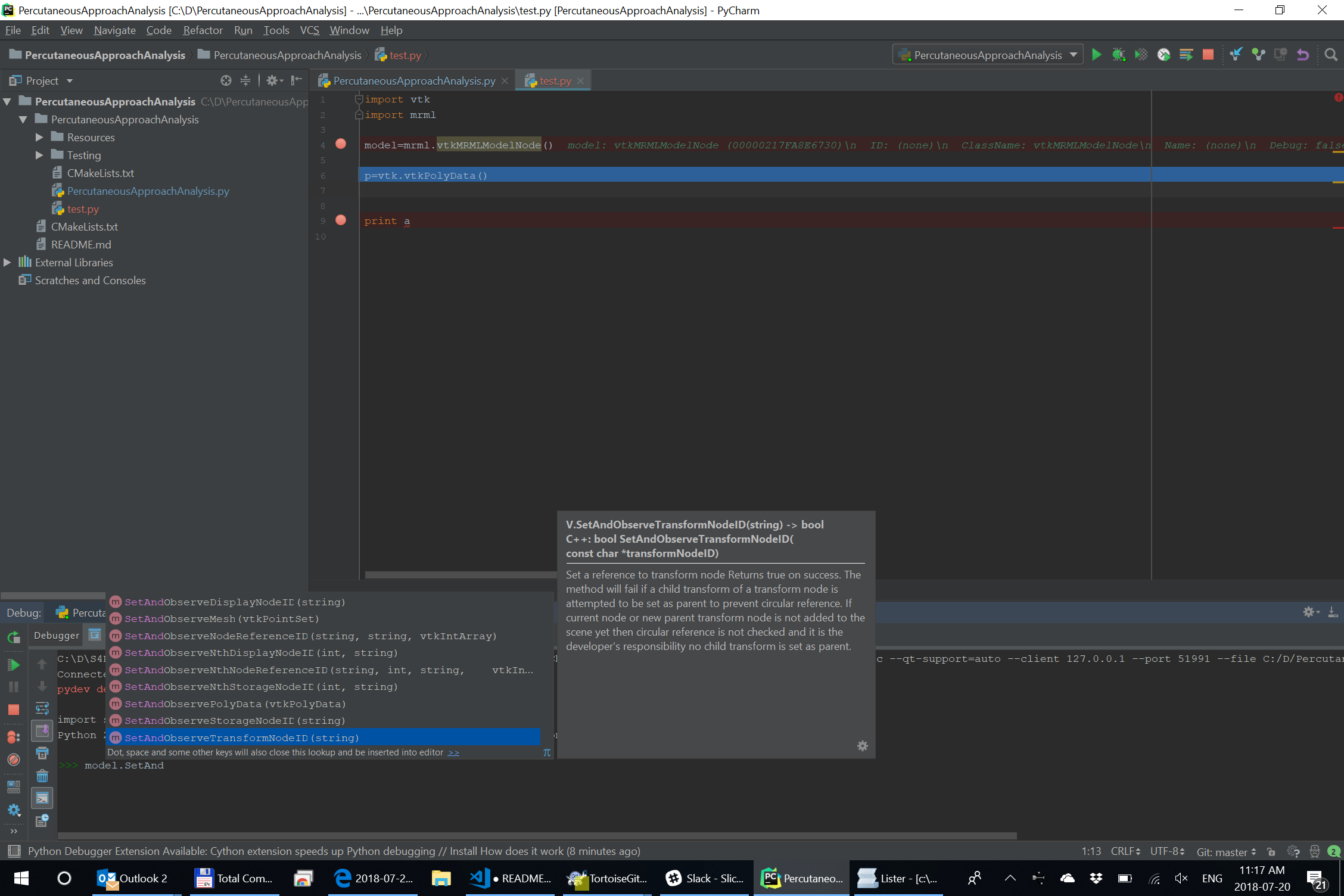